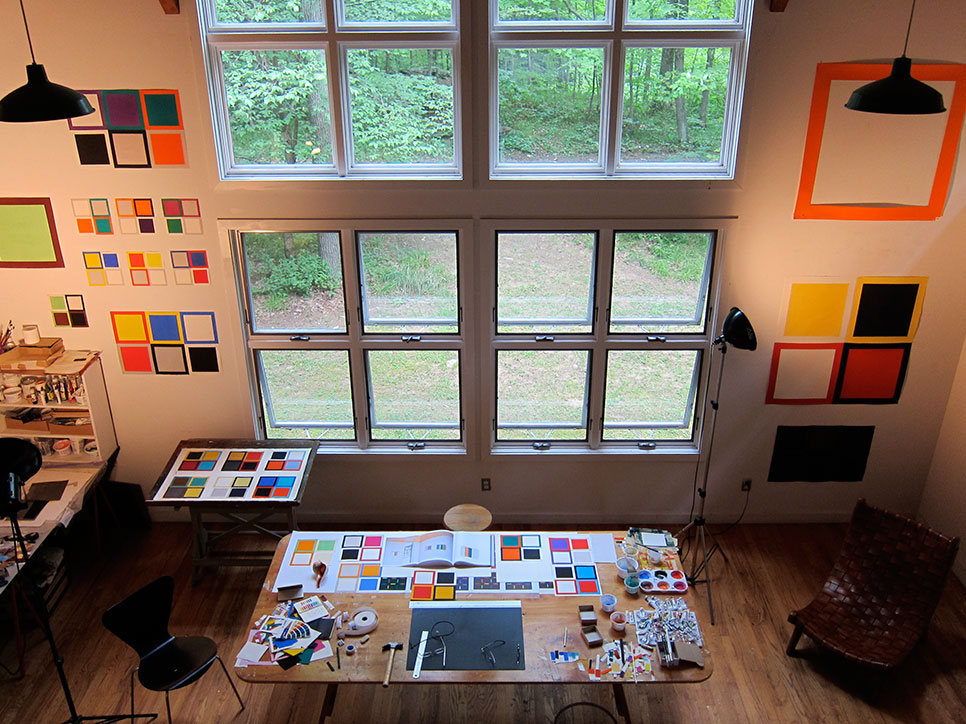 Steven Aalders is known for his meticulous hand made abstract oil paintings, in which the heritage of modernism of Mondrian and American Minimal Art has been processed. His work is an attempt to embody the essence, to create light and space through paint. Also to remap the tradition of history of art. Modernist serial principles such as repetition and sameness are both connected to older traditions in Western art and Non-Western abstract art. His use of colour reflects various colour concepts from the past.

Aalders, born in 1959 in Middelburg (NL), lives and works in Amsterdam. He studied at the Rietveld Academy in Amsterdam, at Croydon College of Art in London and at de Ateliers in Haarlem. After winning the Royal Award in Painting in 1986 he stayed in Barcelona for a year. Since then he has exhibited his work regularly. In 2002 he had a single artist exhibition Vertical Thoughts at the Stedelijk Museum voor Aktuele Kunst (S.M.A.K.) in Ghent (BE), on which occasion a catalogue with texts by Jan Hoet and Pietje Tegenbosch had been published. In 2010 his exhibition Cardinal Points opened at the Gemeentemuseum Den Haag. A similar entitled book came out, giving an overview of more than fifteen years of work, with essays by Benno Tempel, Rudi Fuchs, Thomas Lange and Steven Aalders himself.

In 2009 he curated an exhibition, entitled Place (Black, Brown, Beige, Grey & Ash) at the Mondriaanhuis in Amersfoort (NL) in which he combined a series of five of his paintings with furniture by the monk architect Dom Hans van der Laan and music by American composer Morton Feldman. In 2011 he had an exhibition For Philip Guston at De Ketelfactory in Schiedam (NL) and he did a residency at the Josef Albers Foundation in Bethany, Connecticut (USA). His paintings have been collected internationally by both private and public collections, such as the Stedelijk Museum Amsterdam, AKZO Nobel Art Foundation, Caldic Collection, ABN AMRO Bank Art Collection and Museum Kurhaus Kleve (DE) a.o.

Alongside his painting practice Aalders has also written several texts on art and artists (like Newman, Judd, Malevich and Van Gogh a.o.) for newspapers, magazines and catalogues. Since 1995 his work is represented by Slewe Gallery in Amsterdam.